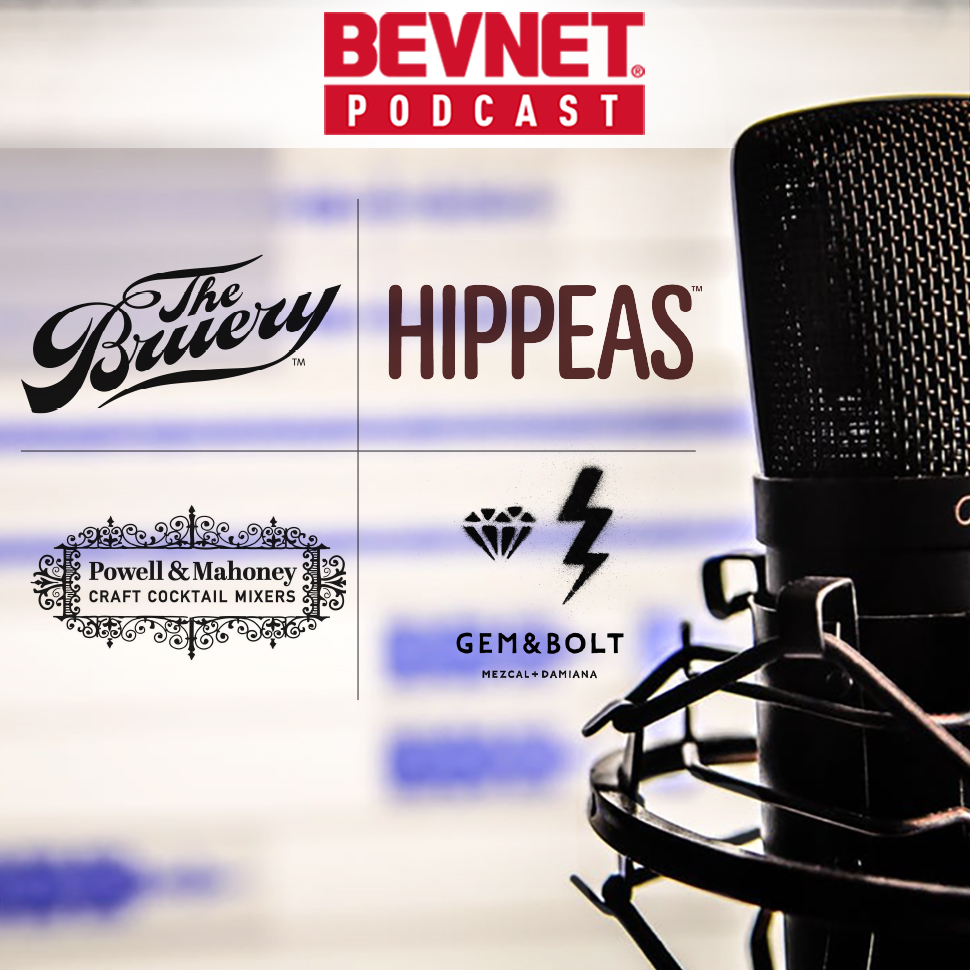 In this episode of the BevNET Podcast, we sat down with Mark Mahoney, the co-founder and CEO of premium cocktail mixer brand Powell & Mahoney, who joined us for a discussion about his background as a beverage entrepreneur, the rapid development of the premium mixer space and what’s next for the thriving category. This episode also includes a segment with BevNET editor-in-chief Jeffrey Klineman, who examined recent investment deals in the food and beverage industry, including First Beverage Ventures’ investment in a mezcal company, Castanea Partners’ acquisition of a majority stake in craft brewery The Bruery and a new round of funding for fast-growing snack brand Hippeas, one that included actor Leonardo DiCaprio. We also spoke with Loco Coffee Co. co-founder Dan Bresciani for the latest edition of “Elevator Talk.”

0:00 – Into to the show with hosts Ray Latif, John Craven, Mike Schneider and Jon Landis. Craven is caffeinated, Mike is living the dream and Landis is on a sugar high.

3:15 – Interview: Mark Mahoney, CEO, Powell & Mahoney – Ray interviews Mark Mahoney, Co-Founder and CEO of Powell & Mahoney. Mark talks of his background as a beverage entrepreneur, how Powell & Mahoney has been able to capture interest in the ever growing craft spirits/mixer space by taking advantage of the at-home consumption wave and what’s next for the category including the move towards natural ingredient panels.

33:11 – Discussion: Tracking Recent Deals in Food & Beverage: Jeff Klineman and Mike Schneider talk changes and turns in the food, beer and beverage industry. First Beverage invests in Gem and Bolt Mezcal. A beer and non-alcoholic investor going into spirits for the first time. Castanea Partners acquires a majority stake in craft brewery, The Bruery. A food and beverage investor buying a beer brand. Furthermore, the pair discuss a couple of investments in pea based snacks – Peeled Snacks and Hippeas.