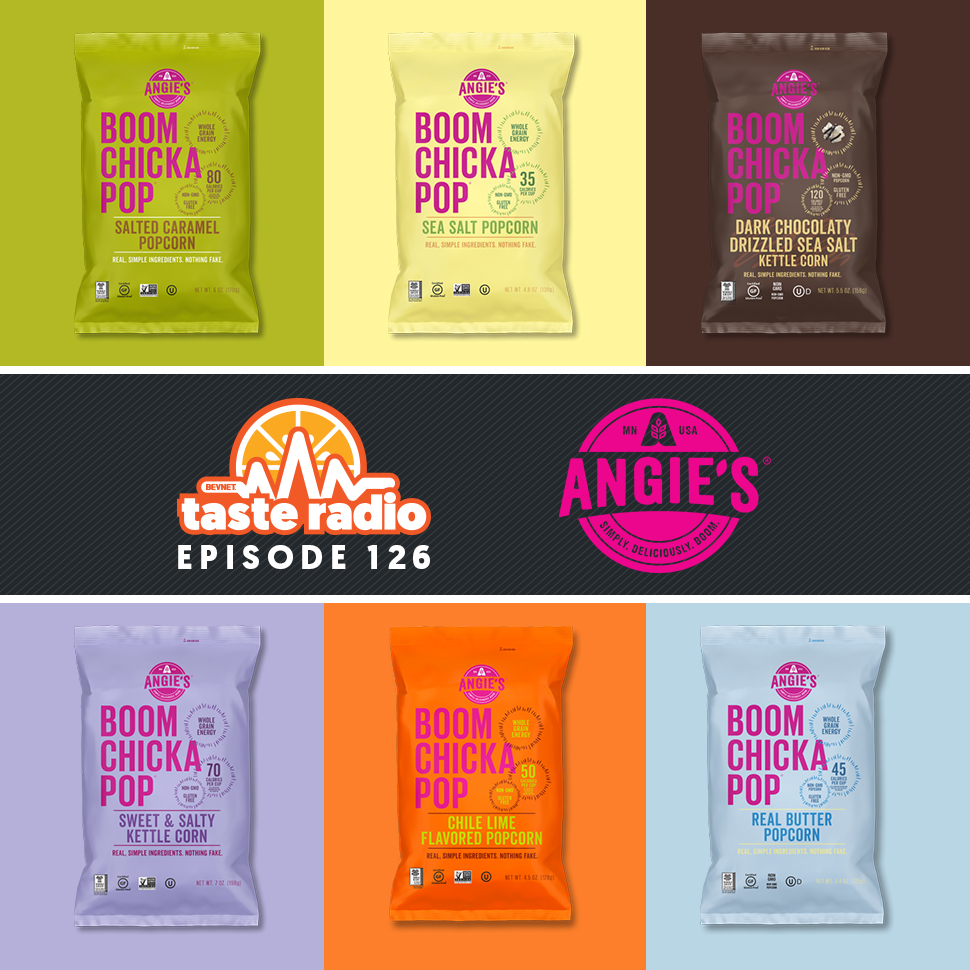 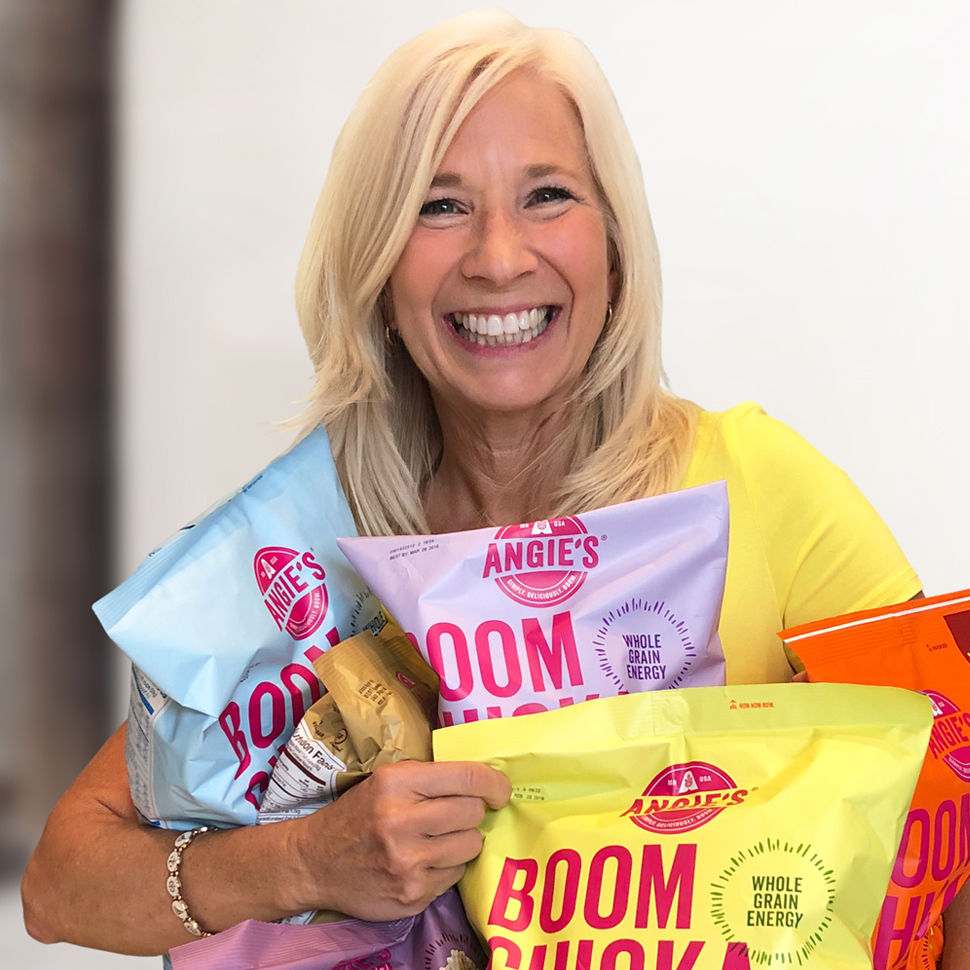 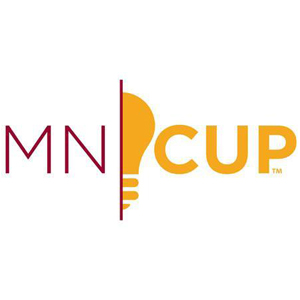 Take a stroll down the snack aisle of any grocery store in America and there’s a strong chance that you’ll spot a row of playfully designed pastel bags emblazoned with the words BOOM CHICKA POP in a large hot pink font. One could read the labels from across a room; according to Angie Bastian, the co-founder of better-for-you snack brand Angie’s Boomchickapop, that’s the point.

“It’s our job to deliver good food, but let’s do something more than that,” Bastian said in an interview included in this episode of Taste Radio. “Let’s celebrate who we are. Let’s do it in a way that… reflects the simplicity and fun of the food.”

Since Bastian and her husband Dan launched the company in 2001, it has evolved from a tiny operation selling kettle corn at farmers’ markets and fairs to an ubiquitous retail brand with an estimated $100 million in sales in 2017. Success often yields suitors and last year Angie’s Boomchickapop was acquired by ConAgra Foods for $250 million. In an interview included in this episode of Taste Radio, Bastian spoke about the development of the brand, including its foray into retail stores, how femininity and fun were incorporated into a game-changing package revamp and about the company’s process for choosing the right financial partners at different stages of growth.

About a dozen years before the launch of Angie’s Boomchickapop, a couple of Brown University graduates moved to Nantucket and started selling juice blends packaged in recycled wine bottles. Their business was the forerunner to Nantucket Nectars, an iconic brand in its own right, one that’s now part of the Keurig Dr Pepper portfolio. One of those co-founders was Tom First, who has since become a respected investor and advisor in the food and beverage industry and is currently an operating partner with Massachusetts-based private equity firm Castanea Partners. We spoke with First about positive business habits that he’s adopted during his career, along with those that he’s identified in other up-and-coming entrepreneurs We also explore negative habits that he picked up along the way and how he overcame them.