Could A Microbubble Transform An Industry? Todd Carmichael Is Betting On It. 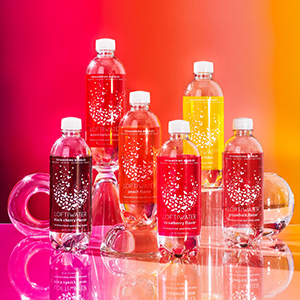 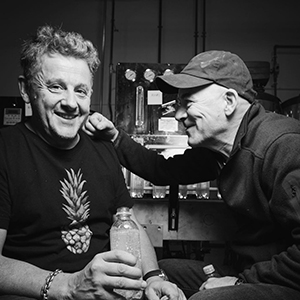 Todd Carmichael wants to add a bit more sparkle to your water. But not the kind you’re used to.

Nearly three decades after he co-founded pioneering third-wave coffee brand La Colombe, Carmichael is once again breaking new ground with the launch of innovative “shimmering water” brand Loftiwater. Launched in December, Loftiwater debuted a few weeks after Carmichael stepped down as CEO of La Colombe. In the months leading up to and following his departure, Carmichael, a serial innovator, spent dozens of hours in his basement lab attempting to find a way to create a different, better kind of sparkling water experience.

The result was Loftiwater, a new brand of sparkling – but importantly, not carbonated – water. Instead, the company uses a blend of gases to create what it describes as “a galaxy of sweet velvety microbubbles.” Packaged in 14 oz. plastic bottles and available in six flavors, the drinks contain no calories, sugars or preservatives, yet are “deceptively sweet,” according to the brand’s website.

In an interview featured in this episode, Carmichael spoke about the reasons behind his decision to leave La Colombe, how the pandemic influenced his mindset and inspired a fresh start, his ambitious vision for Loftiwater as a third option for restaurant diners and why the brand’s early start included a chartered plane to Venezuela.